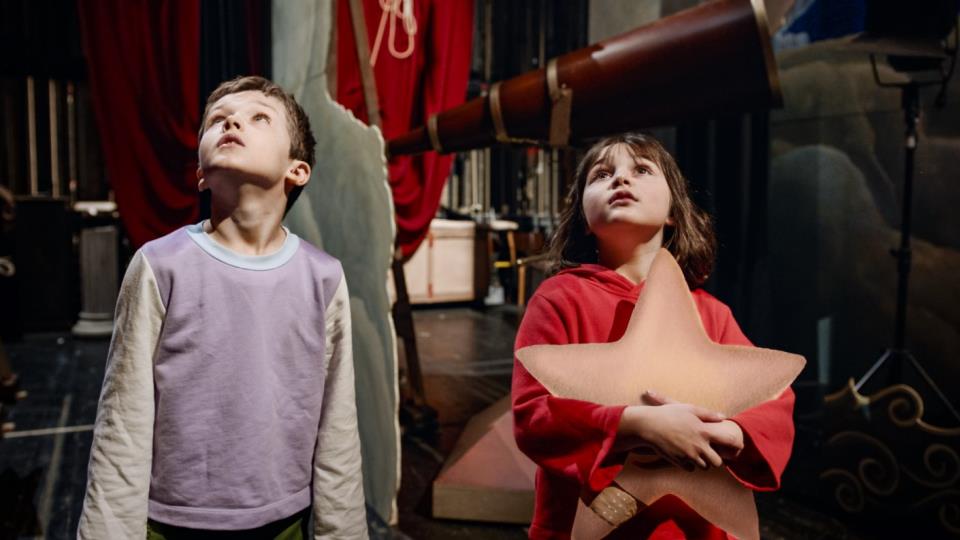 After moving to the big city, Laura misses her old home very much. She feels lonely, does not like the new apartment, and finding friends is not the easiest. When she watches a tiny star fall from the sky one night, Laura goes off to retrieve it. She comforts it and carefully treats its broken-off piece with a band-aid. A magical friendship between Laura and the star begins.

Joya Thome German screenwriter, director and actress. She studied at universities in Berlin and New York. She's made short independent films. She made her debut with the family film Queen of Niendorf (Königin von Niendorf, 2017), and later directed the film Laura's Star (Lauras Stern, 2021) in the same genre.