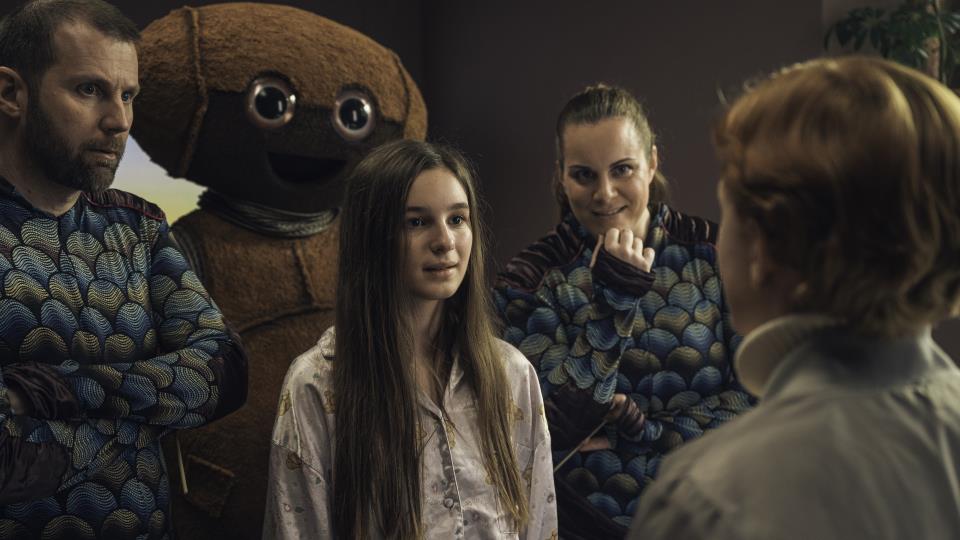 This utopian high-tech future helps you re-imagine life on Earth: the climate crisis is solved, people live in harmony with nature and robots work as personal assistants. Nevertheless, not everything is golden glitter. School life still sucks for 12-year-old Alberte. Her old teddy bear-like android Robbi is quite an embarrassment to her. With the perfect birthday present – the newest model of humanoids not even on the market yet – everything seems to change. The new robot Konrad looks and acts completely as if he were human and suddenly Alberte’s popularity spikes as she is now the kid with the most advanced technology at school. But can the connection between Alberte and Konrad hold up to a real friendship?

Frederik Nørgaard Danish actor, screenwriter and director. He graduated in screenwriting at the Danish National Film School. He co-directed the short The Heist (Kuppet, 2000), later made his debut with the feature family comedy Villads from Valby (Villads fra Valby, 2015), and made, e.g., the family film Team Albert (2018).